G.T. Moore and The Roots Connection in Belgium

News -> G.T. Moore and The Roots Connection in Belgium: 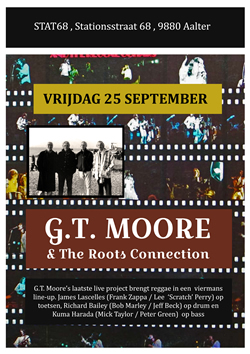 G.T. Moore & The Roots Connection is G.T.'s latest project. Bringing roots regggae with a four man line up: James Lascelles (Frank Zappa / Lee 'Scratch' Perry) on keys, Richard Bailey (Bob Marley / Jeff Beck) on drums and Kuma Harada (Mick Taylor / Peter Green) on bass. They'll be playing at Stat68 in Aalter on the 25th of September and in Venus in Middelkerke on the 26th of September. A live recording sessions will also be held and we will try and put a video online with some footage as soon as possible. 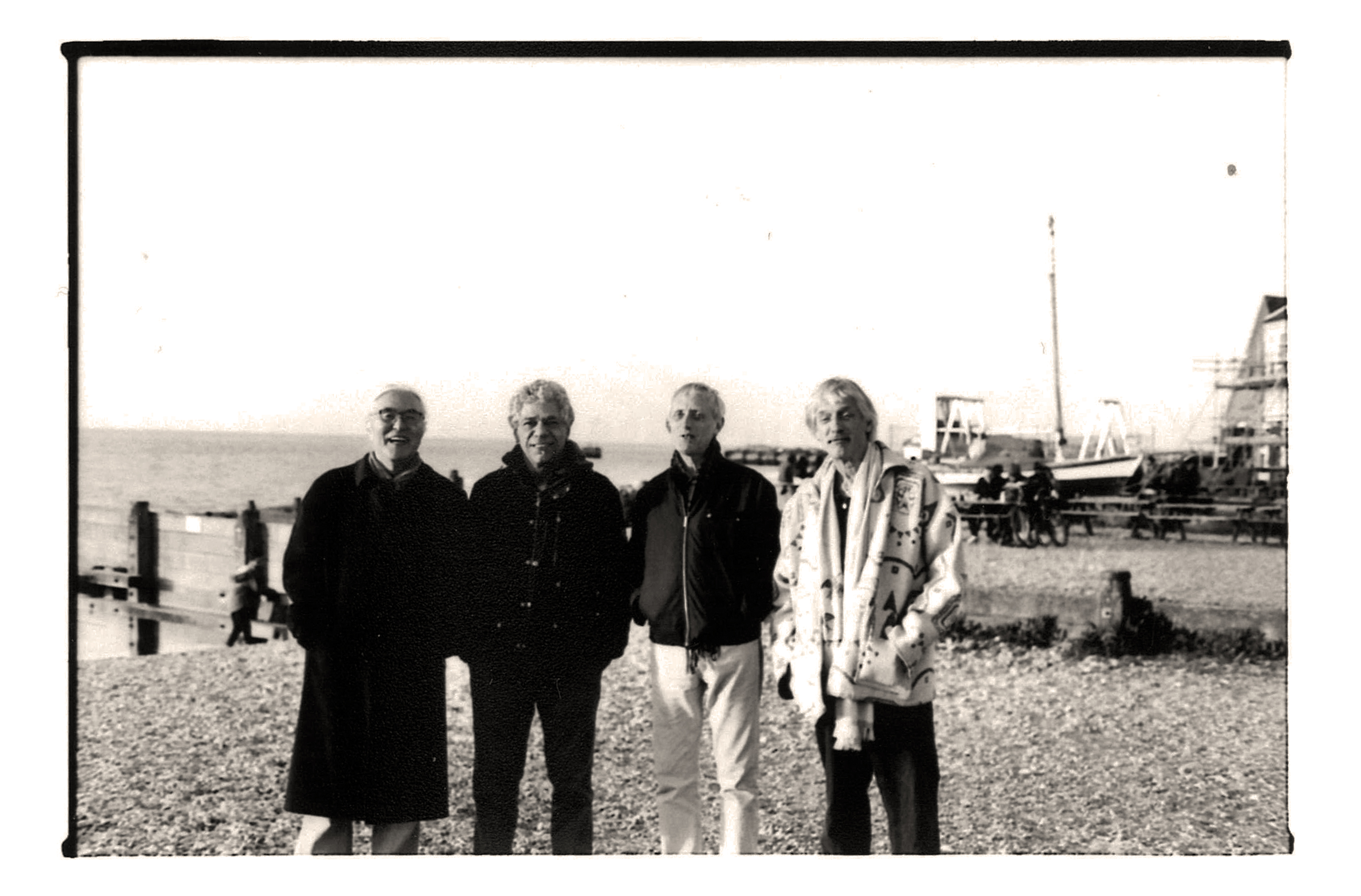 THE ROOTS CONNECTION is a new band formed by G.T. Moore to play a new style of reggae songs and instrumentals. Bringing roots reggae with a four man line-up together with James Lascelles, Kuma Harada and Richard Bailey. This new style is a sophisticated combination of songs and instrumental themes and solo’s. All of them able to solo independently, together they create combinations that are both interesting and genuinely new. They are all veteran session musicians with a Caribbean history. Three of them are from ‘The Amazing Breakfast Band’; Richard is a West Indian who not only plays reggae but also other Caribbean styles such as Latin-calipso and soca. He has played with top calypsonians “The Mighty Sparrow” and “Black Arrow”, and also played drums with “The Wailers” on one of their first tours when he was nineteen. Both Kuma and James have worked with top reggae artists, James working extensively in Jamaïca with G.T. - generally considered to be the ‘first’ white reggae artist,- a soloist like the others, but also the songwriter and singer. These songs are modern and talk about the life today. Sometimes the songs are quite long, developing poëtic and intellectual themes. The solo’s are often similar. The Roots Connection play a new kind of reggae that could be called a kind of ‘Reggae Jazz’, if it wasn’t for the strong folk and blues element in G.T. Moore’s voice and songs. 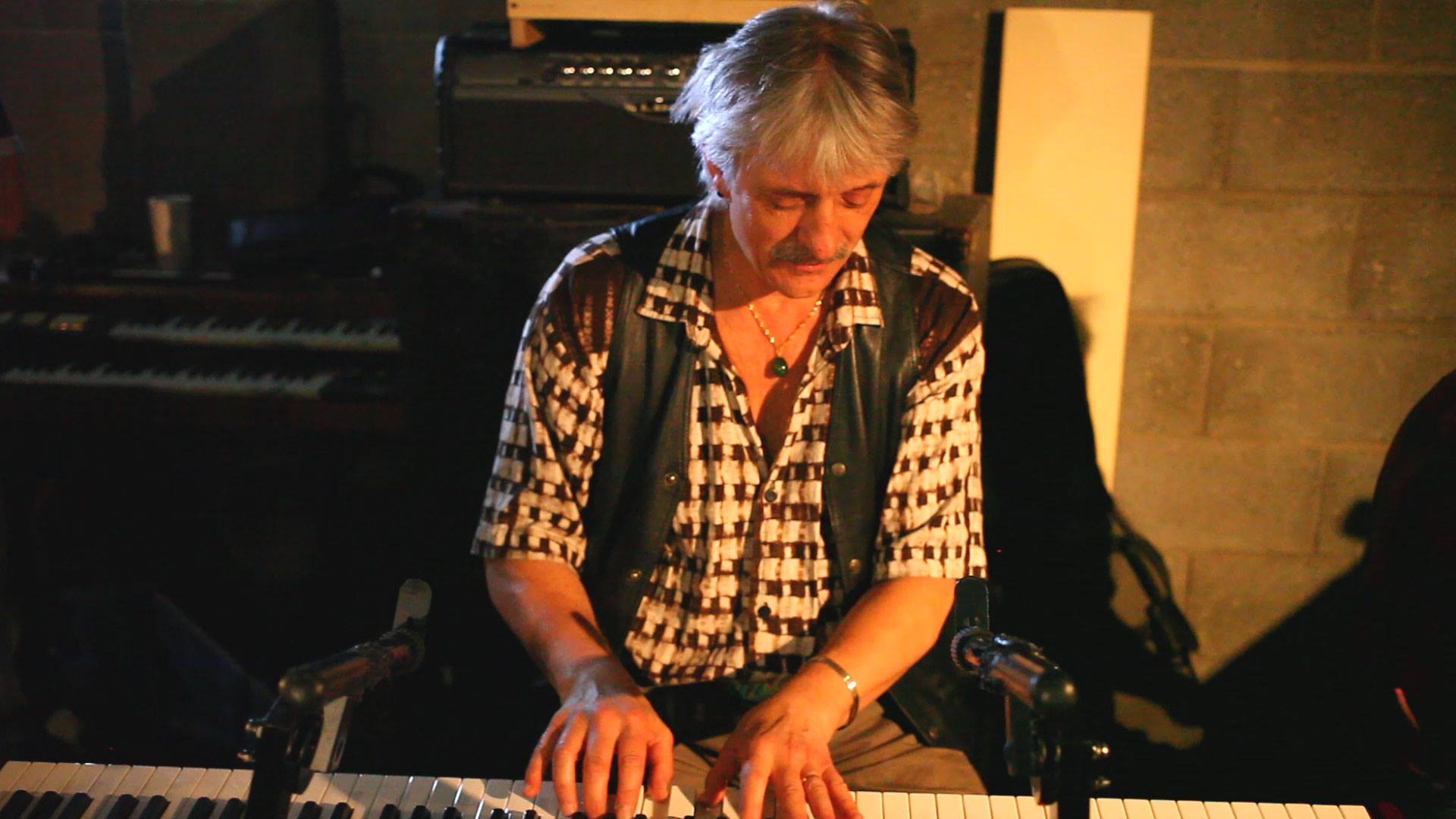 JAMES LASCELLES is a classically trained pianist and percussionist who brings a global style, culture and sound to his music. His first lessons in improvisation was under the gifted musician John Tavener. James has worked with some of the most talented musicians around the world including Frank Zappa, L. Shankar, Joan Armatrading, Henry Levy, Lee "Scratch" Perry, Sly and Robbie, Junior Marvin, Paul Buckmaster, Snowy White, Shusha, Aska Kaneko, The Breakfast Band, Global Village Trucking Company, John Etheridge, Mick Glossop, John Porter and Steve Harley and Cockney Rebel (supporting The Rolling stones) among others. 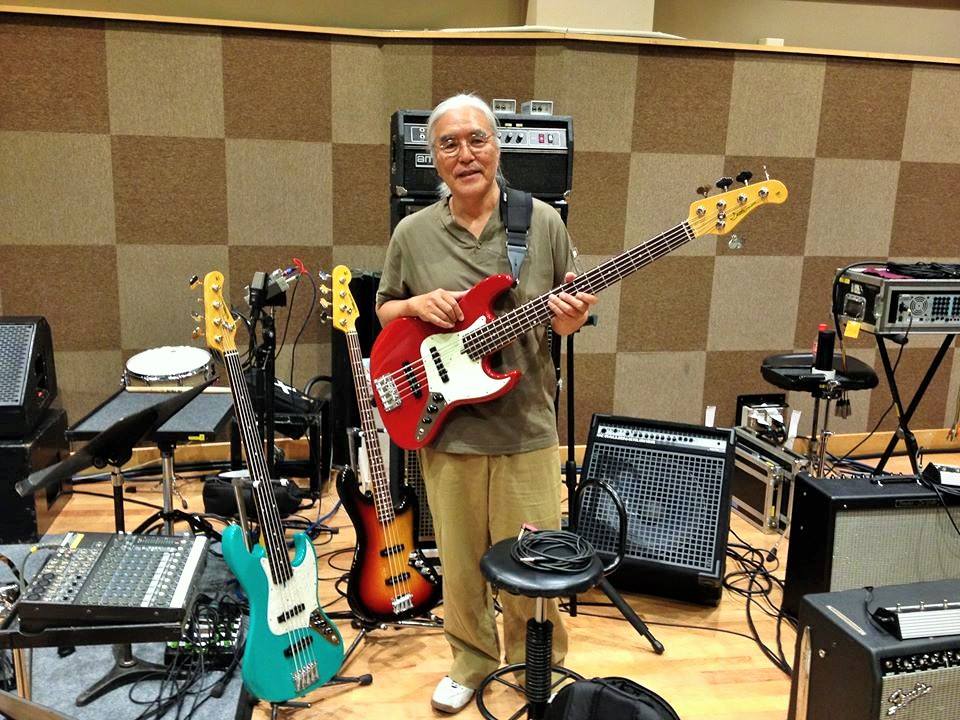 Japanese-born KUMA HARADA moved to England when he was 21 years old, only a few days after his arrival he met Snowy White and joined his band. Also joining a band called Gonzalez and playing on Peter Green’s album In The Skies . Doing all kinds of sessions work and productions he has recorded, produced and toured with many notable figures from the music world, including Kate Bush, Van Morrison, Mick Taylor (The Rolling Stones), Snowy White, Peter Green, David Knopfler (brother Mark Knopfler), Ian Dury, Ginger Baker, Anette Peacock, Chas Jankel…

Guyanese-born RICHARD BAILEY started his drumming career in Trinidad at the age of nine, sitting in on percussion, drums and even bass guitar with his elder brother Robert's group. At twelve years old Richard's family moved to London where Richard went to school, sitting in on occasional gigs in his spare time. Richard decided to leave school at fifteen to play drums. By the time he was sixteen he was recording and touring the UK and USA with Johnny Nash and the great Bob Marley. By eighteen he had recorded Jeff Beck's biggest selling album “Blow By Blow” to critical acclaim and appeared on the film soundtrack “Tommy” alongside Pete Townsend, Phil Chen and Roger Daltrey. (The Who) The next decade saw many recordings and tours varying in style from Rock to Reggae to Jazz to Pop and Latin including two world tours with Billy Ocean and Basia. Richard occupied the drumseat with the the excellent British acid jazz/rock/soul fusion collective “Ingonito” for the past 15 years. More recently he has been an integral part of Steve Winwood's return-to-form recordings and has been drumming on his last three world tours. Throughout his career Richard has recorded with artists like Brian Eno, Steel Pulse, Mick Taylor (Rolling Stones), Snowy White, Doris Troy, Arthur Louis, Count Basic and many others.